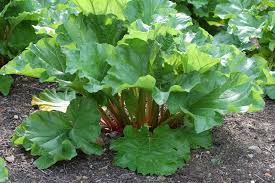 Back in the late 1890’s, gold was discovered in the Alaskan Klondike. It is said that approximately 300,000 individuals made the torturous trip to Alaska to seek their own piece of fortune.  One of these individuals was Henry Clark.  Clark, like so many others, dreamed of striking it rich like the others talked about down south.  The Klondike stampeders faced extreme conditions… bad weather, difficult terrain, and a constant struggle for supplies, such as food and medicine.  Clark found that one of the things plaguing fellow stampeders was vitamin deficiencies.  Scurvy, a result of vitamin C deficiency, was especially harmful.  Clark was a true entrepreneur.  When reaching Skagway, Alaska and seeing the severe effects of scurvy, his outlook completely changed.  He decided that instead of making the torturous trip across the mountains in search of gold, he would put to good use the rhubarb plants he had brought along.  So, he carved out a small piece of land in Skagway and began raising and selling his rhubarb.  Rhubarb is especially rich in vitamins, including vitamin C, and served as a remedy to many for the scurvy they suffered.  Clark became a rich man from his rhubarb.  And, in Skagway, to this day, you can see rhubarb growing all over town in yards, business lots, vacant lots, fence rows, etc.  Clark was opportunistic!  He was able to see things outside his field of vision and took advantage of the opportunity he saw.  He was able to see a need because his field of vision was broad and flexible.

We can learn from Henry Clark. Often, we become so focused on one goal or event or task, that we fail to see other opportunities around us.  Have you ever worked so hard and long on a project that, once it was completed, it no longer had the value you thought when you started?  We need to stay focused, BUT… we need to have a broad field of vision that allows us to see other, potentially more important, opportunities around us.  The thing we’re working on today might not be the most important thing we could or should be working to complete.

So, think about Henry Clark. Think about rhubarb.  What other opportunities are all around you that you might not be open to seeing?  Have you missed your chance for success because you were so focused on the forest (e.g., gold) that you could not see the trees?  Be opportunistic!

Have a fabulous and productive day! Remember, this could be your best day yet, so don’t miss it!

One thought on “Is there rhubarb in your future?”