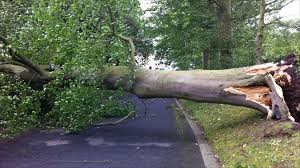 So, life has not been fair with you. No one has it as bad as you.  You were left out when good luck was distributed.  No one knows the roadblocks you have faced or are facing right now.  Let’s look at a few examples of other individuals that have not been treated fairly to see how things have worked out for them:

We are often quick to give up when obstacles appear in our path. Many times we simply think that life is not treating us fairly.  However, as we see with the examples above, it could be that the obstacles we face are not really obstacles at all, but they are events that actually enhance our lives.  Imagine, had Simone Biles not been raised by her grandparents, she may never had the opportunity to experience gymnastics.  Had Lincoln become frustrated to the point of giving up, what would America be like today?

We need to look at life’s events in a different way.  Could it be that obstacles occur simply to serve as a test of our character?  Will we buckle under the pressure of the obstacles, or will we use them as a springboard to success greater than could have ever happened otherwise?

“If you’re trying to achieve, there will be roadblocks. I’ve had them; everybody has had them.  But, obstacles don’t have to stop you.  If you run into a wall, don’t turn around and give up.  Figure out how to climb it, go through it, or work around it.”  – Michael Jordan –

“I have learned that success is to be measured not so much by the position that one has reached in life, as by the obstacles which he has had to overcome while trying to succeed.” – Booker T. Washington –

What about you? What obstacle do you need to climb, go through, or work around today?  And, how can you help someone else overcome the obstacles in their path?

Thanks to you all for making this a great journey together!  Have a “top ten” day!

One thought on “So, you think YOU have it rough….”