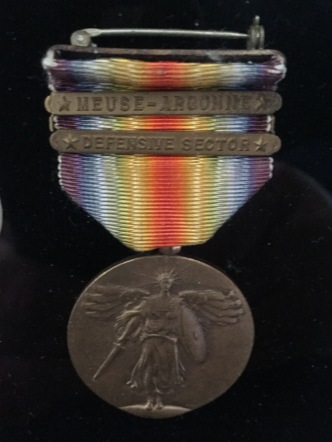 I was thinking of the people of my past the other day and how they may have helped shaped my views of the world. My fraternal grandfather died in 1975 when I was only twenty years old. I only remember him as an elderly man that liked to hunt, fish, and garden. His most active years occurred before I was old enough to know him well. However, there are several things I do know about him:

Why do I recount this today? I can see how these few facts about my grandfather influenced my father who, in turn, had a significant impact on me. My father also served his country in the military and passed down a keen sense of country and patriotism to me. My father was competitive in games, sports, and life and he passed that down to me, as well. I gained my love for family and appreciation for proper work/life balance from them. I also love to hunt, fish, and enjoy the out of doors. I can clearly see how influential my grandfather was in my own life despite the sparse interaction we really had over the twenty years of my life until he died.

My wife and her cousin were recently talking about their common grandparents. I was fascinated to hear them both talk about how loving they were and how inclusive they were when children were brought into the family by marriage. They talked about how their grandparents accepted these children as though they were their very own from the first time they ever saw them. This love and acceptance was deeply imprinted on these cousins… actions, not words, made the difference.

Today might be a good day to consider how your life is affecting those around you. Are you leaving an impression that will be spoken of in 50 years as loving, caring, and inclusive? Or, will your actions be remembered as something else? Are you modeling character, integrity, and virtue to those around you, or is it something else? Take a few minutes today to pause and reflect on your own “characters from the past” and what impact they had on your life. It is my hope that those that come after us will fondly remember the positive impact we each had on their lives.

Today, I remember and thank my grandfather (Elza Henson) for his life of service and influence and what it still means to me after all these years.